Widgit and symbol-supported languages are used predominantly by people with learning disabilities. We are keen to promote their use in outdoor venues.

Symbols are used everywhere - on road signs, on our phones and computers, and in public spaces to highlight everything from cafes to toilets. They help communicate ideas quickly and simply, helping us visualise and remember what we have seen. This principle has led to the development of comprehensive symbol languages. These are designed primary to give people with learning difficulties a simple alternative to text, but in reality, they prove useful to a wider range of people, such as people with low literacy or who don't use English as a first language.

Widgit is a symbol-based language used predominantly for people with learning disabilities. It uses pictorial symbols, either as an alternative to text, or to accompany it.

Widgit symbols have developed over the past 20 years and are used in many countries worldwide in 15 languages (overseas symbol users can recognise the Widgit symbols used in the UK). There are over 7000 images in both colour and black and white covering a vocabulary of over 20,000 words. This vocabulary is continually being extended and gives access to a wide range of topics and curricular areas.

The symbols are clear, concise and suitable for all ages. They have been carefully designed to illustrate a single concept without adding unnecessary information such as gender. They all share a common structure allowing users to develop their own vocabulary.

Who benefits from symbol supported information?

There is a growing number of people with learning difficulties using symbols. Symbols have been used extensively in special schools since the recommendations by the National Curriculum Council Guidance (Now QCA) in the late 1990s. There is also a growing trend for symbols being used in primary schools to help children needing support with literacy.

As students with learning difficulties leave school they increasingly expect and need to see symbols in their daily lives. There are many organisations, such as the Home farm Trust, who use symbols in their centres and expect symbols to be a normal part of the environment. There are different symbol languages. We have chosen to work with Widgit because of its international application and the breadth of subjects developed in symbols. It is important to bear in mind that there may be situations when it is more appropriate to use an alternative, for example if you are working with a local group and need to use what they are familiar with.

Using symbols in signage and interpretation makes a welcoming and engaging environment
for people with learning disabilities, their friends and families as well as for people
with low literacy and overseas visitors. More widely, it also shares a simple and positive message about diversity, highlighting the reality that we rely on different ways of interpreting the world around us. Feedback from venues like the Eden Project has shown how excited
visitors were to find the same symbols as the ones they used in their centre or school. Some people have chosen to visit after hearing that Widgits were being used.

We have worked with Widgit Software over the last ten years, using symbols in signage, interpretation and information to build richer connections between people with learning difficulties and the natural world. At times this has involved the design of new symbols - for example to communicate issues like biodiversity.

One of our earliest projects was the introduction of symbols into the interpretation at the Eden Project. We wanted to avoid separate messaging and so we integrated Widgits into the general interpretation and signage, as well as in the exhibit interpretation, for example using symbols to show all the steps involved between planting a coffee bean and drinking a cup of coffee. We also ran training sessions with Eden design staff to help the Eden team develop their own resources for exhibits, signs and education.

Widgits are also useful when carrying out consultation work. By using Widgits in our work we
enable people with learning difficulties to communicate their experiences and feelings directly without having to rely on a carer or family member to speak on their behalf.

Our Food Tastes Better Outdoors project uses symbols to encourage healthier eating and greater use of the outdoors. We worked with people with learning disabilities to create recipes and developed a series of symbol-based factsheets and recipes.

Widgit Software has built an extensive network of people with learning disabilities and their families and their feedback has confirmed the value of introducing Widgits into interpretation and visitor information. People have been excited to see symbols in places like the Eden Project, indicating not only that information is accessible to them, but that the venue expects them to be there - something that we've realised is an important benefit of using different languages.

Development of symbols and software tools

Widgit applications by Widgit Software include Communicate: In Print, a symbol desktop publishing program for creating supported materials, in addition there is an online platform with a subscription service. It can also automatically add symbols to most English language sites. This is important because it frees the users from ‘gate-keepers’ and reliance on information providers, enabling the user to choose what websites they visit.

In reality, the language used in many web sites will still be too complex and the idea is for organisations to create simplified text areas of their site for people with learning difficulties. Widgit are creating tools for web designers to dynamically add symbols to their web sites so that users do not need to have specific software or the special web browser.

Symbols can give support to many different people. It is important to state that people who need visual support will use many different platforms and at times a combination. If you would like to implement visual support at your facility, a good place to start is to find out if your local authority uses a particular platform across all local schools. This is because those using visual support will have often been introduced to them during their education. It is not always straightforward choosing a method this way, and as we mentioned previously, we have worked with Widgit over a number of years as they are internationally recognised and have a vast vocabulary available.

When creating a symbol-supported resource, it is important to be consistent. If you want to support using photographs, try not to incorporate illustrations as well; it can be confusing. Another important aspect to remember is not to overload the text with visuals; this can also be confusing. See the examples below, the first has every word represented with a symbol, the second is more effective in supporting someone.

Using a programme such as Widgit can be easy to use and very useful as you can change the symbol to support the message you would like to convey. This can be done in the program by choosing a particular symbol to support the word, for example, grow is depicted in a number of different ways. The program allows you to select the symbol that means the most in its context.

You can also change the symbol in a number of different ways, for example, the colour of the object, the skin colour of the person and even the picture itself to something that conveys the message in the specific way you need – the more accurately you can portray the word, the easier it will be understood.

The main message with using symbols as a means of visual support is to be concise and consistent.

Top tips for providing remote support in a pandemic 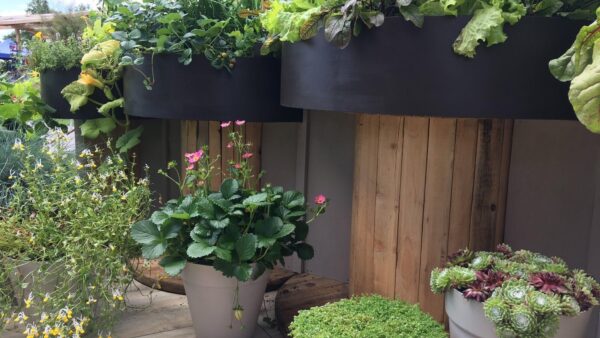 Sensory Trust delivers training to help develop skills in accessibility and sensory design. We can tailor our training to best suit your needs.

Sensory Trust projects apply our approaches on the ground and provide ideas and techniques to share.

Our inclusive information and graphic design service creates beautiful and accessible materials, from visitor information to sensory resources and games.

Our design service will help you create a beautiful new sensory garden or add sensory layers to an existing one.